LEDs for the holidays

“LED, LED, LED’” (imagine this being chanted the way “USA” is at the Olympics.) While LEDs won’t necessarily anchor a relay to victory, they are most certainly the current champions when it comes to energy-efficient lighting. So, let’s discuss using LEDs for your holiday decorating enjoyment.

The first incarnations of LED lights generated less than appealing garish blues, greens and reds but quickly softened into a more eye-pleasing spectrum. Today, LEDs are the undisputed champs of holiday lighting.

And now LEDs are also showing up in other forms and places. They are available in clear tubes that you can wrap around objects for extra interest (the tubes glow), and many yard figures are constructed with these as the main structural element. Imagine the possibilities!

You have worked hard all year to reduce your energy consumption to save money and slim down your carbon footprint. Now reward yourself with a splendid holiday display that will be the envy of all who see it while still being miserly with power use. 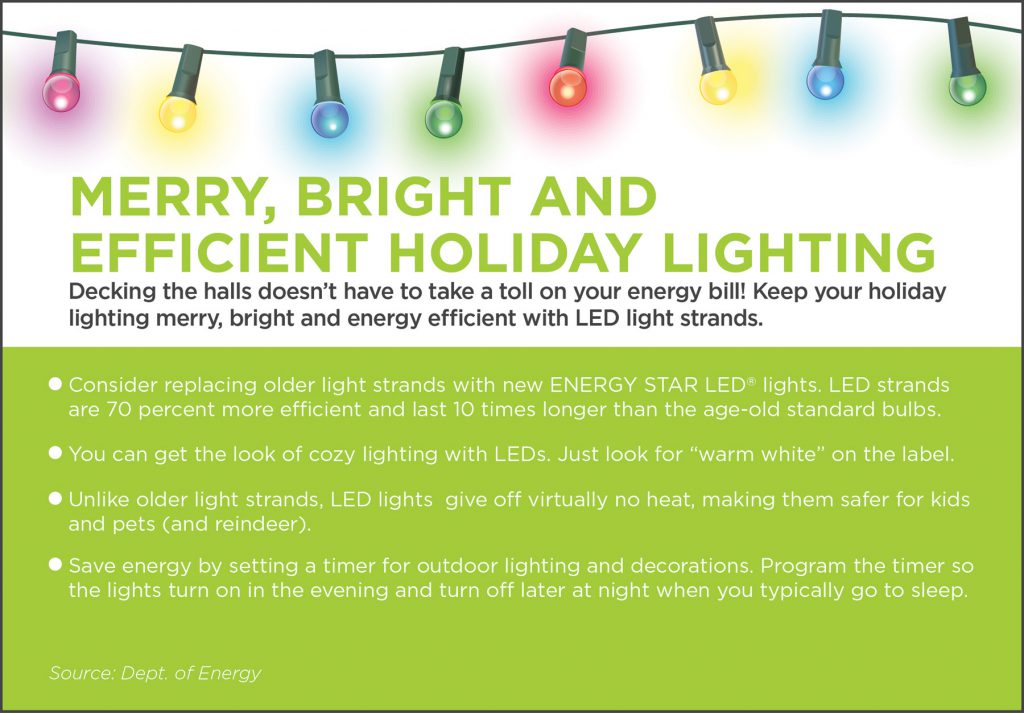