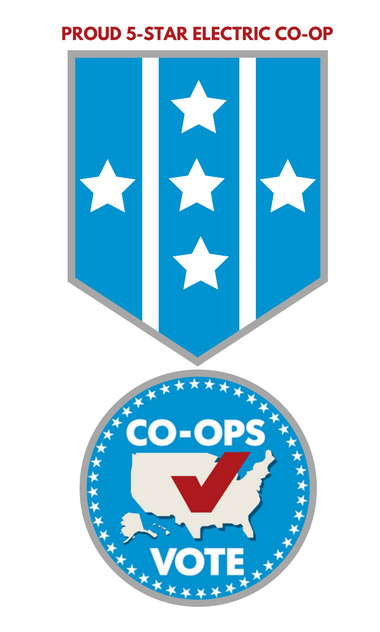 “Presidential elections aren’t the only ones that matter,” said cooperative CEO Jeff Clark, “State and local elections have a huge impact on our day to day lives in our communities. We’re honored to be recognized by NRECA.”

“Electric cooperatives play a unique and special role as a voice in their communities,” said NRECA CEO Jim Matheson. “Elections are important, especially in rural areas, and Jones-Onslow has used the Co-ops Vote Program to increase awareness of our civic duty on Election Day and every day. I’m pleased to congratulate them on this accomplishment as they make a real difference in the communities they serve.”

Five-star status marks the highest level of engagement in Co-ops Vote and is achieved when a participating co-op completes at least five activities under the program. Jones-Onslow earned this distinction by using its digital and traditional communication channels and media outreach efforts to communicate to co-op members the importance of actively participating in the Co-ops Vote campaign—urging them to register to vote, stay informed on rural issues affecting their lives and communities and to turn out to the polls on election day to make their voices heard.

More information on JOEMC’s Co-ops Vote Program is available by click here or on the national campaign website at vote.coop.