Clark Named President of Statewide Board of Directors 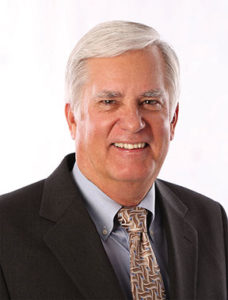 Jeff Clark, CEO of Jones-Onslow EMC (JOEMC), was recently named president of the board of directors for the North Carolina Association of Electric Cooperatives (NCAEC).

Clark was elected to his one-year NCAEC term after serving as the board’s vice president for the past year. NCAEC is a statewide association that has worked since 1943 to promote training, safety, education and legislative advocacy on behalf of electric cooperative members and the public. NCAEC programs serve the needs of its 26 member cooperatives, which are member-owned, not-for-profit and overseen by a board of directors elected by their memberships.

A native of Dade City, Clark graduated from Pasco-Hernado Community College and later received his bachelor’s degree in Business Administration with a concentration in Finance from the University of South Florida. Clark and his wife April have four children and live in the Swansboro community.

Driven by service and inspired by innovation, North Carolina’s electric cooperatives, including JOEMC, are building a brighter future for 2.5 million North Carolinians. Beyond providing electricity, the cooperatives strive to invest in their communities and deliver new energy solutions to improve quality of life for co-op members in 93 of North Carolina’s 100 counties.