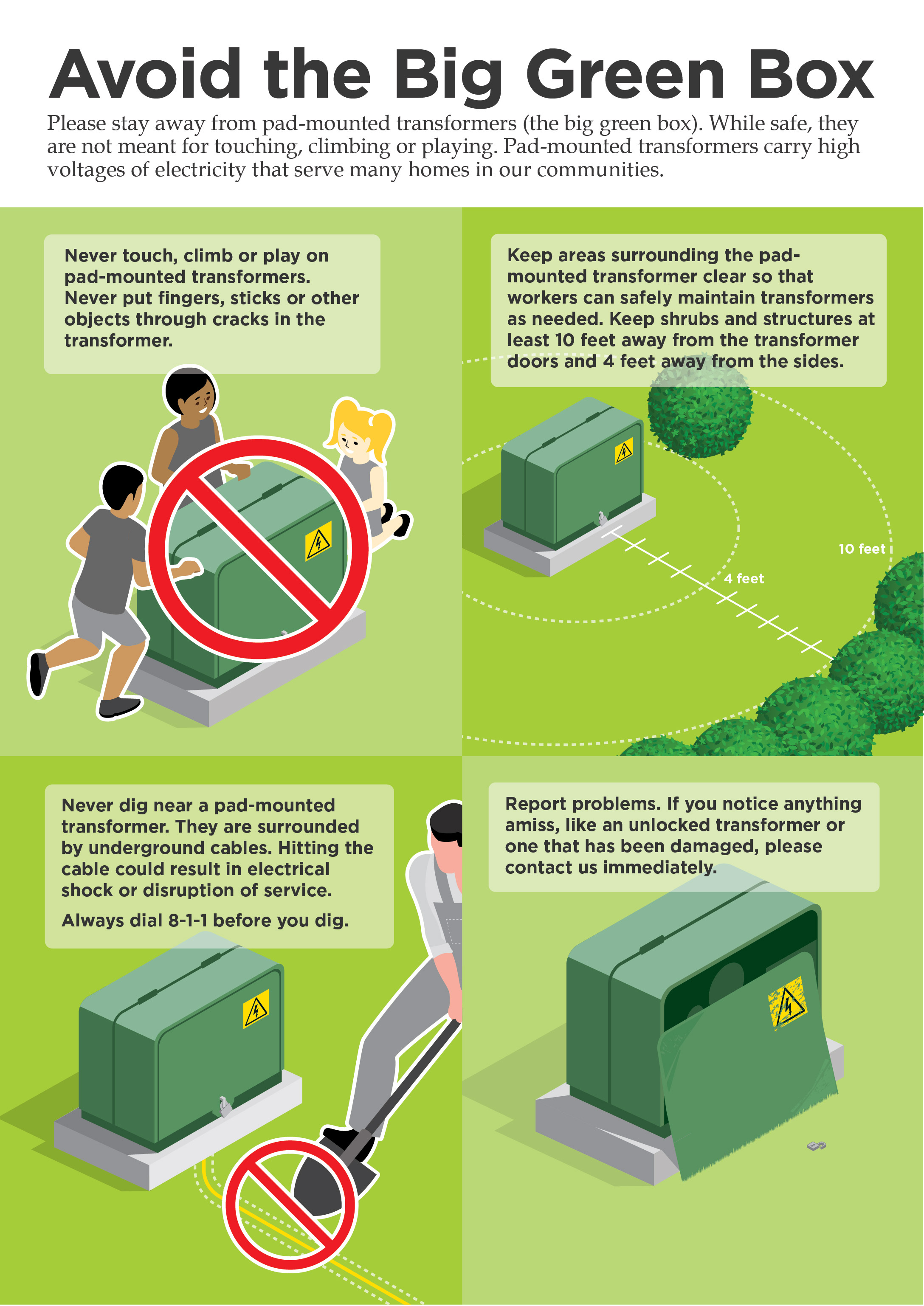 Jordan Overbee was driving to work when he saw them. The elementary school-aged youngsters were just waiting for the school bus, but they were sitting on a big green metal box.  Inside was vital electrical equipment, distributing electricity to several homes on the street.

“It was a bad place for a school bus stop,” Overbee recalled. “There were five kids gathered there to wait for a bus, sitting, talking, and playing for a few minutes because it was between driveways.”

As manager of operations for Wake Electric Membership Corp., Overbee knows a lot about pad-mounted transformers. They make up about half of the transformers used across the Youngsville, North Carolina-based co-op’s system.

“Transformers change voltage from higher levels to voltages people use in their homes for their electronics, appliances, and lighting,” said Overbee. “Each of our transformers can be vital to providing electricity to several homes.”

After seeing the kids waiting at that same transformer several days in a row, Overbee pulled over and talked to some of the parents. He explained that high voltage electricity flowed through the transformer inside the casing, and encouraged them to move a safer distance away.

“The parents hadn’t thought much about it, so once I explained the risks, they were happy to move to another driveway,” Overbee said.

While overhead power lines are mounted on utility poles and substations are protected by security fences, pad-mounted transformers, switch boxes, and pedestals are at ground level.

“We have about 5,400 pad-mounted transformers on our system,” said Van Crawford, vice president of operations at Peace River Electric Cooperative, headquartered in Wauchula, Florida. “Of that number, 4,800 of them are located in the western district of our service territory.”

In many newer subdivisions and residential developments, overhead lines are no longer an option. Burying power lines also reduces potential system damage from high winds and severe storms. While consumers seldom see technicians working on the transformers unless there are power outages, they are regularly inspected by co-op crews riding through neighborhoods.

“We can see fault indicators from the road,” said Crawford, adding that one of the biggest concerns is safe access when repairs or component adjustments must be made. “That’s why it’s important that landscaping and other barriers be kept clear of co-op equipment.”