5 Things You Should Know About Space Heaters 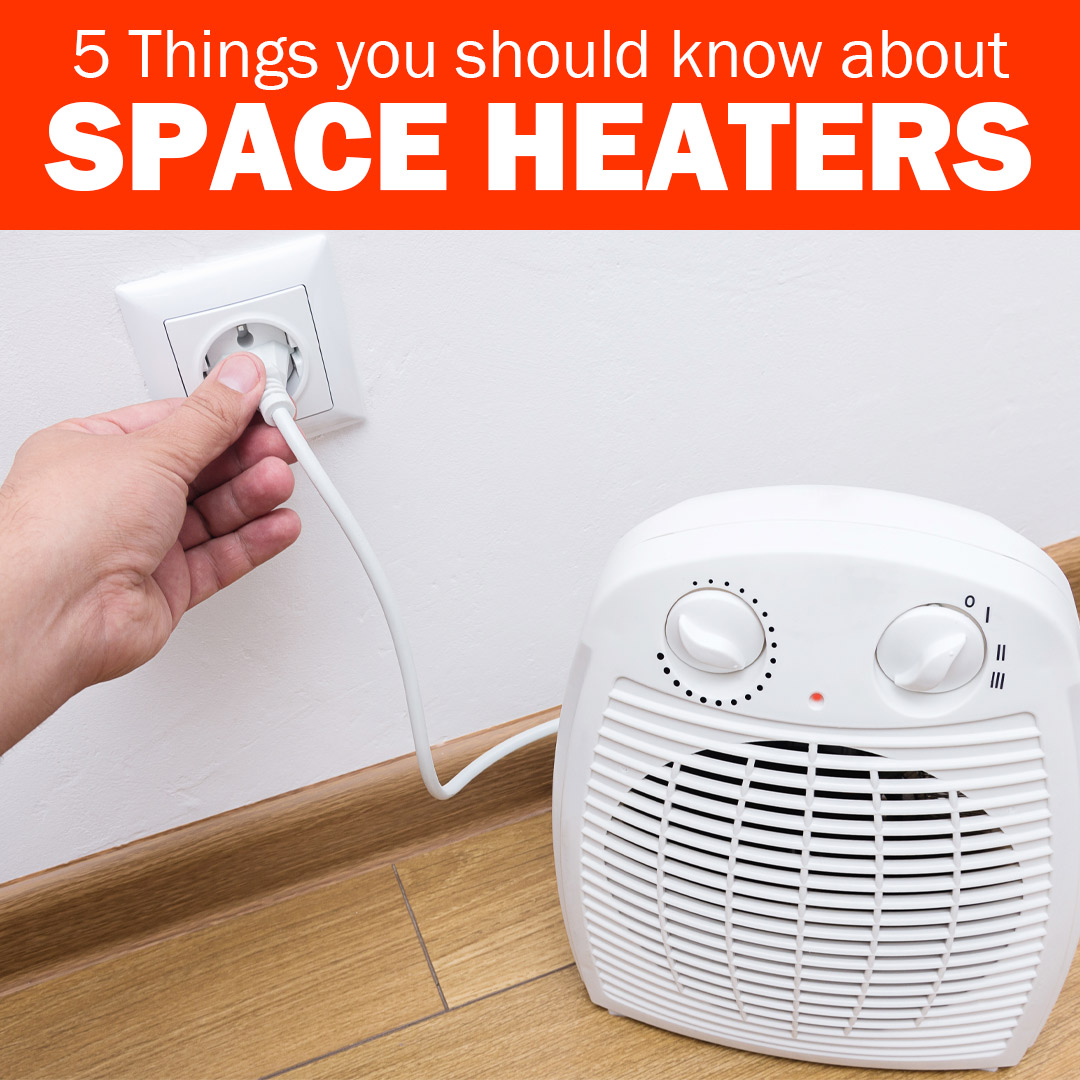 Editor’s Note: Space heaters can work great as a supplemental source of heat but you may want to consider using them sparingly as they can be costly to operate.

Adding a portable space heater to your cold-weather arsenal could make these bitter winter days a lot more bearable. These heaters used to get a bad rap because of safety concerns, but like many home appliances, today’s models are designed to be safer and sleeker than the heaters of old.

When used carefully, they allow you to provide supplemental heat in a small, targeted area as opposed to dialing up the thermostat for your entire house.

“It’s something you may remember when growing up in your grandma’s house, but they used to be a lot more dangerous than they currently are,” says Brett Brenner, president of the Electrical Safety Foundation International (ESFI). They still require mindful operation and, he says, “people do leave them on overnight when they are sleeping, and we still don’t recommend it.”

In the past 10 years, manufacturers have improved built-in safety features such as a tip-over shut-off switch, says Jill Notini, a vice president at the Association of Home Appliance Manufacturers (AHAM).

There are several types of units on the market, so it’s important to research which is best for your needs and the size of your space. When buying a space heater, look for a safety certification from an organization such as Underwriters Laboratories (UL) or Intertek’s ETL Mark.

Don’t ever buy a used heater, Notini says: “You don’t know the history of the product or what condition it was stored in or whether it was ever dropped.”

Here are five tips on using portable electric heaters from AHAM and ESFI. As always with new appliances, the first thing you should do is read all the directions and warnings provided in your instruction booklet.

This article was written by Jura Koncius

To find out how much it costs to operate a space heater at your home, click here and visit JOEMC’s Space Heater Calculator.